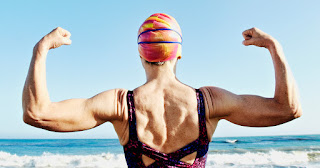 Do you find yourself making excuses for not exercising? If so, you’re not alone. However, you may not realize that failure to exercise is part of a vicious cycle that, if not reversed, could set you up for muscle loss, frailty and a loss of independence.

The human body was built to move. Anthropological evidence provides clues that running after prey was essential to our survival. But if the fitness of humans in developed countries is any indication, we’ve forgotten our birthright. The majority of waking life for many of the world’s people is spent seated in front of a flickering screen.

Learn more about exercise below and listen to the Live Foreverish Podcast with Life Extension’s own Michael A. Smith, MD, as he discusses “Getting Your Workout to Work.”

Why is exercise so hard?

Inertia is a common experience among humans, particularly as we get older. In psychological terms, inertia describes indisposition to change that occurs among those who know they need to accomplish a task but have trouble finding the motivation to get started.

In our culture of instant gratification, the long-term benefits of exercise don’t always appear real or worth the continual investment of time and energy.

There’s a vicious cycle involved in failing to exercise: Without it, muscle mass diminishes, and with weakened muscles—or even frailty—people are less likely to exercise.

Although some people have injuries or illnesses that prevent them from exercising the way they’d like to, others do not. Sometimes all that’s needed is a sobering re-examination of priorities in light of what we know concerning the essentiality of regular physical activity to our health.

When it comes to health and well-being, exercise is one of the most important factors.

According to the World Health Organization, the determinants of health are:

These behaviors include keeping active, as well as balanced eating, not smoking, moderation in drinking, and being able to cope with stress.1

A study published in the British Journal of Sports Medicine reported more than double the percentage of individuals who experienced healthy aging (defined as not developing chronic disease, depressive symptoms, or physical or cognitive impairment over eight years of follow-up), among men and women who engaged in moderate activity in comparison with inactive subjects.2 For those who reported vigorous activity at least once per week, there was an even greater increase. Furthermore, becoming active over the course of the study was associated with more than three times the chance of experiencing healthy aging, and for those who remained active, the increase was over seven times greater in comparison with remaining inactive during follow-up.

If the prospect of healthy aging isn’t enough to motivate you, consider the results of a study published in the BMJ, which analyzed 16 meta-analyses (including 305 randomized controlled trials with a total of 339,274 participants) of the effects of exercise and pharmaceutical trials on mortality.3 Husyein Naci and John P.A. Ioannidis found that physical activity interventions were more effective than drugs at preventing death in men and women recovering from stroke. It was also observed that “no statistically detectable differences were evident between exercise and drug interventions in the secondary prevention of coronary heart disease and prediabetes.” And in another study, researchers from Australia found that men and women who engaged in a high amount of recreational physical activity had an 84% lower risk of mortality from cardiovascular disease than those with a low activity level, and an 88% lower risk of mortality from coronary heart disease.4

While it may be hard to think about the effects of exercise that you’ll experience eight years from now, or even in a month when your clothes fit better, some benefits are immediately noticeable. Despite the possibility of temporary muscle fatigue, mental fatigue may vanish, mood may lift and “inertia” may lessen in a short period of time. People who exercise may feel more energetic, think more clearly, sleep better and remember more. Exercise can sometimes help banish a blue mood, worry or grief in a very short time.

Exercise is important in the prevention of aging-associated diseases such as cardiovascular disease and Alzheimer’s disease, as well as a condition known as sarcopenia. 5,6Sarcopenia is defined as a loss of muscle mass and function. The condition, which occurs in 5% to 10% of those over the age of 65, can lead to loss of mobility and function, falls and premature mortality. The condition can be the result of several causes, and lack of regular exercise can be a contributing factor. Exercise, particularly resistance exercise, is one of the treatments for sarcopenia, along with vitamin D and protein supplementation.7

Older individuals who exercise may find it more challenging to build muscle compared with when they were younger. As people age, they become more susceptible to a slowdown in the body’s ability to rebuild muscle.8

Fortunately, a supplement known as HMB (beta-hydroxy-beta-methylbutyrate), a metabolite of the amino acid leucine, helps support muscle growth in response to exercise, which could be a boon to older individuals who find it difficult to maintain muscle mass.9,10 In a study involving older individuals, supplementation with HMB improved strength and muscle quality even in the absence of resistance exercise.11

Long ago, the philosopher Lao Tzu remarked that “a journey of a thousand miles begins with a single step.” One might add that the step that is the most difficult is the first one. Humans are creatures of habit. By literally taking the first step in any exercise routine, you are beginning a journey that is much more certain to approach the elusive Fountain of Youth than any of the travels of Ponce de Leon.

About Live Foreverish: Join Dr. Mike as he sits down with some of today’s leading medical, health and wellness experts to discuss a variety of health-related topics. From whole-body health to anti-aging and disease prevention, you’ll get the latest information and advice to help you live your life to the fullest. If you like what you hear, please take a moment to give Live Foreverish a 5-star rating on iTunes!