Searching for state-of-the-art recognised supplements?  Read and learn about  these Approved Supplements. 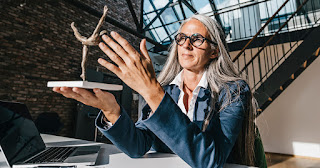 The human body functions through a multitude of pathways. It is a highly complex organism with an abundance of spinning wheels, each requiring fuel for healthy function. Thus, there are a variety of nutrients that you can include in your dietary supplement regimen that will help support your body’s ability to heal and repair damage and modulate dysfunctional pathways. Considering this fact, it is easy to understand why people have so many questions about which nutrients are critical for promoting graceful aging. This means giving your body nutrients that can enhance quality of life. But you may be asking yourself, where do I begin?

Let’s start with supporting the powerhouse of each cell, the mitochondria. Mitochondria are organelles that reside in our cells and where ATP (adenosine triphosphate) is manufactured. ATP is a source of energy that fuels the majority of metabolic reactions in our bodies. Energy-intensive organs such as the brain, heart, kidneys and skeletal muscles are rich in mitochondria. In fact, human cells may house anywhere from one to thousands of mitochondria, depending on the type of tissue and other factors.1 With age, the number and function of mitochondria decline significantly, which may result in accelerated aging and noticeable declines in cognitive, metabolic, skin, immune, neurological, reproductive and cardiovascular health.2-4

To target key characteristics of aging, it is imperative to supply the body with nutrients that support the mitochondria and energy-producing pathways.

What can cause a cell to become dysfunctional?

Most cellular functions require a continual supply of energy from mitochondria for essential activities such as growth, repair and reproduction. An important feature of mitochondrial dysfunction is a decrease in the number of mitochondria, as well as inefficient energy production due to decreased functionality.5 Mitochondria are vulnerable to damage from oxidative stress. Most people are aware that toxins in the environment can enter the body and generate free radicals that can attack cells. However, during the energy making process, free radicals are also produced.

The mitochondrial free radical theory of aging suggests that during energy production, oxidative stress occurs due to the natural production of free radicals, or reactive oxygen species (ROS), which can damage proteins and lipids and cause mutations in mitochondrial DNA. It is theorized that these alterations cause dysfunction and aging.6 Because mitochondria have their own DNA, they can grow and reproduce independently within the cell; however, mitochondrial DNA does not have many defenses against free radical damage and is highly susceptible to attack.7

Aging is accompanied by declining levels of cellular mitochondria, which leads to less ATP production. When mitochondrial numbers and functionality decline and less energy is produced, cells become dysfunctional, increasing their chance of death. The more functional mitochondria you have in your cells, the greater your overall health and sturdiness.

How can PQQ support healthy aging?

Pyrroloquinoline quinone (PQQ) is a potent antioxidant found in plant matter. We consume minute amounts of it in foods like green soybeans, oranges, tomatoes, celery and apples. Higher amounts are provided in parsley, green and oolong tea, natto (fermented soybeans), green peppers, papaya, kiwi and tofu. PQQ is even present in breast and cow’s milk. Americans tend to consume these foods sporadically or seasonally, and in moderate to minimal quantities. However, research is showing that PQQ plays a vital role in the growth and development of humans and animals.8

In addition to boosting mitochondrial numbers, PQQ is a unique substance that is efficient in sustaining antioxidant capacity. PQQ can protect the mitochondria through its antioxidant-scavenging properties, and its ability to activate genes that regulate mitochondrial repair for fixing damaged DNA.12 PQQ has also been shown to improve oxygen utilization in the mitochondria, counteracting another underlying factor of mitochondrial dysfunction.13

What are the benefits of supplementing with PQQ?

Research has shown that PQQ supports healthy cognition in older adults by preventing decline in brain function, attention and working memory.14 It can also lower inflammation by modifying the activation of pro-inflammatory enzymes and lowering CRP (C-reactive protein), a marker of systemic inflammation.15 PQQ was also shown to slow the progression of rheumatoid arthritis in a preclinical study.16 In other preclinical studies, it has supported cardiovascular, immune and neurological health.17

Who should supplement with PQQ?

It’s simple, ALL aging adults could benefit from PQQ. And yes, PQQ is a supplement that you can safely use regularly. However, due to variances in biochemistry, the most suitable dosage may vary from person to person.

Can I get enough PQQ from my diet?

Cells deprived of PQQ show signs of mitochondrial dysfunction. However, as little as 200 to 300 mcg of PQQ/kg in the diet was able to reverse dysfunction in a mouse model.9 Consider the fact that one of the richest sources of PQQ, natto (fermented soybeans), contains approximately 61 ng/g wet weight (0.061 mcg/g). This is much less than what is needed to stimulate the growth of new mitochondria. Since concentrations are mostly low in food sources, if you want to modulate brain aging and reduce inflammation, taking a supplement could be ideal.

What dose of PQQ should I take daily?

Higher dosages are supportive for individuals at an increased risk for mitochondrial dysfunction, such as older adults and individuals with health concerns. A study using 20 mg of PQQ showed improvements in cognitive function with no adverse effects.14 Conversely, a younger individual who wants to support healthy aging may benefit from 10 mg of PQQ. PQQ has been shown to have low oral toxicity in rats, meaning that no adverse effects were noted for doses much higher than 20 mg of PQQ.18

By simply giving your body nutrients it needs at optimal doses, you can supply your energy-creating pathways with the tools needed to promote overall health and well-being.

Since the body thrives when you provide it with various nutrients, it may be advisable to pair PQQ with ubiquinol CoQ10 and the vitamin B3 metabolite, nicotinamide riboside (NR).

Coenzyme Q10 (CoQ10) is an antioxidant that is produced in the liver via the cholesterol pathway and is an essential cofactor in many biochemical pathways in the body, including the production of ATP in the mitochondria. In fact, CoQ10 is a critical player in the synthesis of ATP and in promoting mitochondrial function.19 The natural production of CoQ10 is known to decline during the aging process and/or with statin medication use.20 When cells lack sufficient CoQ10, mitochondrial dysfunction sets in and can lead to impaired organ function (heart, liver, kidneys, etc.), damaged blood vessels and poor circulation.21

Based on the totality of published research about CoQ10, it may be desirable for adults over the age of 30 to seek a minimum sustained blood level of more than 3 mcg/mL of blood. Maintaining blood levels up to 7 mcg/mL may support healthy aging and heart health.22 A blood test will help you figure out the dose most suitable for your biochemistry. To maximize absorption, we highly suggest the ubiquinol form of CoQ10. Ubiquinol CoQ10 has a much higher bioavailability and provides potent support at lower dosages than the ubiquinone form of CoQ10.22 Optimal blood ranges may be reached by supplementing with 100-400 mg of ubiquinol daily.

Pairing PQQ with mitochondrial supporters such as CoQ10 and NR will provide the body with vital tools needed to fuel functions in the body that require energy. Considering the wide-ranging benefits of PQQ, it seems that any person seeking to stimulate the production of new mitochondria, reduce inflammation, support mitochondrial DNA repair and other vital metabolic functions that promote healthy aging should include the undervalued nutrient PQQ in their dietary supplement regimen today. 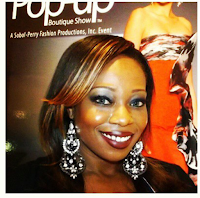 About the author: Juanita Enogieru is a nutritionist and Life Extension Wellness Specialist working with the community to build healthy and balanced nutritional habits. While pursuing an education in medicine and attempting to help her body heal, it became apparent that there was a gap in medical practices with regard to nutrition and an abundance of misinformation about balanced nutritional practices. After obtaining a bachelor’s degree in health education from the University of Florida, she worked with non-profit organizations to deliver nutrition education to community members. Wanting to learn more about nutrition and how herbs could be used to help the body heal, she pursued a master’s degree in dietetics and nutrition and shortly after began working with Life Extension. With the understanding that everyone has a unique biochemical individuality, it is vital to address each individual based on their specific needs and biochemical make-up. Her mission now is to offer guidance, support and education to individuals based on balanced nutritional insights that address the mind, body and spirit.